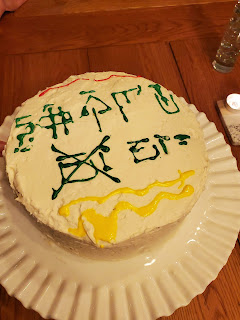 Anyone who knows him, knows that I am seriously blessed in the husband department! He always surprises me in different ways & I wanted to do something special for him. After researching all about 20th anniversary ideas, getting together a plan & ordering the stuff, I told him that I wanted to surprise him this time. I was going to take care of everything to celebrate our 20th anniversary, dinner included. He looked at me, smiled, laughed, and said it's 21.

What? It's 21?  I've been thinking it was 20 for months now. It wasn't until I finally remembered all of the amazing Facebook wishes for our 20th anniversary last year, that I realized he was actually right. Doing a little math would have also been helpful. 😝

You might possibly think I forget that kind of stuff all the time! I don't. It is really showing how much my mind has been affected by MS. That's one of those "hidden" symptoms. Thankfully, I have heard many people talk about their brain fog being one of the first things to improve with HSCT.  So, I'm excited for that… I need a serious brain adjustment! 😆

Oh, and as for the cake decorations... Well, my Mom had this amazing idea to decorate a cake with Chinese letters to say Happy Anniversary. I had already planned a Chinese themed celebration in place of the traditional gift of China… for your 20th wedding anniversary before Phil reminded me that it was actually our 21st. Our son got to decorate the cake. But, he lost the paper that said what to write. So, he just made up his own version of happy anniversary. That's what's on the top line. The second line, in his interpretive Chinese lettering, says 20th, which is crossed-out and then 21st is written next to it. 🤣🤣🤣
Posted by Rebecca :) at 1:55 PM No comments: 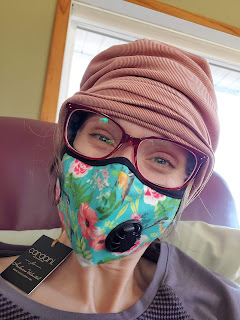 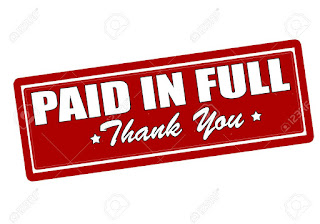 Guess what?!! The money for HSCT has officially been fully paid, thanks to all of you! And, I thought it was exciting yesterday, when I  scheduled my four MRIs needed before the treatment! 67 days until arrival! Yahoo!

My thyroid is now under control & feels so much better. Now, to get stronger! Watch out, Mexico! February 2nd, here I come!
Posted by Rebecca :) at 4:11 PM No comments: 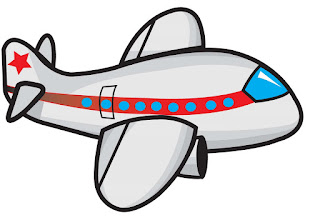 This wouldn't work before, but GUESS WHAT?! We bought our plane tickets for HSCT! Yahooey!
Posted by Rebecca :) at 3:30 PM No comments:

What Does My Neurologist Think of Me Getting HSCT? 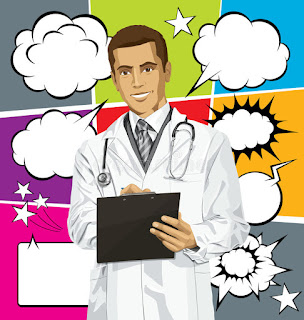 Neurologists very rarely support a patient going out of country for HSCT. I know this. I mentally prepared myself for this fact. I even incorporated the cost of me having to pay for four different MRIs done out-of-pocket, into the HSCT goal. Boy, do I feel silly! I should know by now, that God is obviously making all of the different pieces for this treatment, just fall into place. 🙌

At the end of my routine appointment with my neurologist this week, I told her that I decided to definitely do HSCT. And I quote,  "So, you waited until the end of our appointment to drop this bomb." Gulp. To be fair, we had been consumed with talking about other health stuff.

After listening to me being unwilling to do a 4th round of Lemtrada (I don't think she liked that idea either), not wanting to fall into another MS free fall (which would happen without further treatment), identifying that there are no other options for me, & I will definitely get worse without it, her entire demeanor switched!

She wrote the MRI prescriptions without hesitation, even saying that she could argue with insurance for one of them they may not like. She wanted me to go in for a pre-HSCT evaluation, but then decided I can just email instead. She also wants to follow & support me after.

Seriously, I am SO very thankful! My neurologist really fights for whatever she believes in, which is fantastic... if you're on
the same side. I already knew she wasn't a fan of out-of-the country treatment, so wasn't entirely optimistic. But, I was prepared to stand my ground, because I KNOW without a doubt, that this is the next right step God wants me to take. I know this is definitely yet another door God just blew open... UBER EXCITING! 🙌
Posted by Rebecca :) at 3:28 PM No comments: 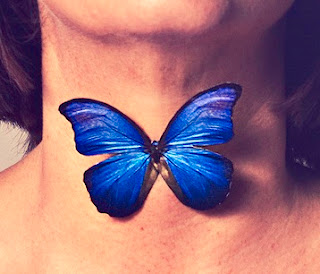 Did you know that your thyroid is shaped like a butterfly? I figured a butterfly was more interesting to look at, than a thyroid. 😁

This thyroid thing had been kicking my tushky! It's why I've been so incognito lately. I'm sorry! So, I've learned that my thyroid is definitely way hyper... need to talk with the doc again to get a final diagnosis, but whatever. It is, what it is. 😀

I ended up hitting up the ER earlier this week, because my heart rate was so fast. However, they couldn't give me any medicine for it, because I also have low blood pressure. I've just always had that going on. Anyhow, I have a fantastic endocrinologist & am confident he will quickly get things figured out.

I told him that my goal is to have this all of this straightened out before HSCT in February! We've got plans, people! Planes to catch & wacky immune systems to smash! 😁

One more thing, please pray for Marian & James! I met them in the waiting room at the hospital yesterday (before my first thyroid test). Whether or not I was happily driving in circles around their section is irrelevant. (You had to be there for context.) 😂

Anyhow, Marian has back problems & is always on medication for the pain. And James... ohmigoodness, God crossed our path with James FIVE times over the last two days! THAT is definitely for a reason! Anyhow, he is homeless... & has problems with his knee. They would both really appreciate your prayer! :D 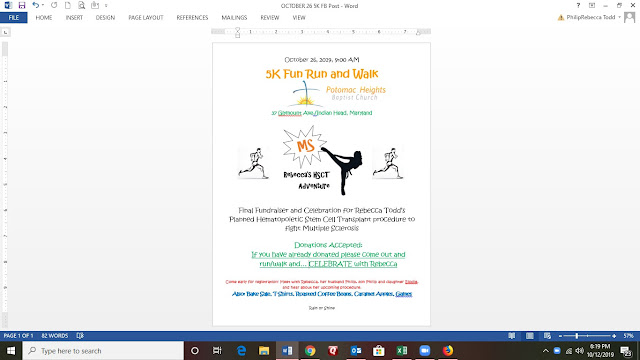